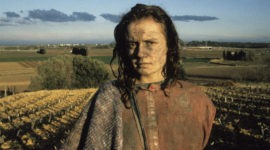 Working with Guest Director Kate Tempest, CINECITY presented a retrospective of Kelly Reichardt, a film-maker renowned for her empathy and tender humanism in telling stories of ordinary people.

TESSA ROSS IN CONVERSATION with Amy Raphael
Producer and former head of Film4, Tessa Ross (‘The godmother of British film’ Evening Standard) has worked over the last 20 years on a host of award-winning British films, including Billy Elliot, The Last King of Scotland, This is England, Slumdog Millionaire, Four Lions, 12 Years a Slave and Under the Skin. Winner of the BAFTA for Outstanding Contribution to Cinema, Tessa Ross was joined by the writer Amy Raphael, to discuss her life and work in film.
Mon 8 May / Duke of York’s

(See also Cinematext: Not Showing at this Cinema)