Brighton’s film festival will return in early November for our 19th edition.

CINECITY is one of the UK’s key regional film festivals and we have presented an edition every year since 2003. For 2021 we are planning a hybrid festival of both online and physical screenings that will take audiences on adventures in World Cinema and give a platform to our regional filmmakers including younger, emerging talents.

Submissions are now open in the following categories:

NEW VOICES – UNDER-25s EMERGING TALENT
Supported by Screen and Film School Brighton
Short films (under 15 mins) made by local filmmakers aged 25 and under. We welcome submissions from Brighton & Hove, East and West Sussex.

CINECITY OPEN
Short films (under 30 mins) made by local filmmakers. We welcome submissions from Brighton & Hove, East and West Sussex.

FIRST FEATURES
UK & International film submissions over 60 minutes to be featured in our main programme. Films of all genres are accepted in this category, including experimental but please note this year we are only considering Debut or First Feature films. 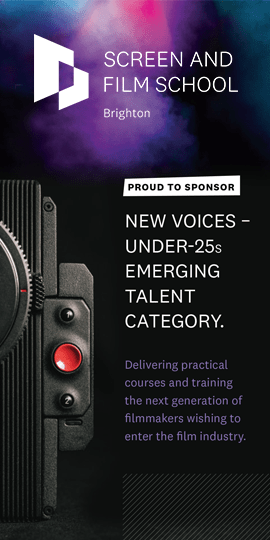