CINECITY is presented in partnership with Screen Archive South East at the University of Brighton. 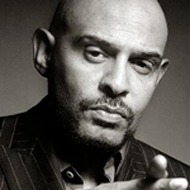 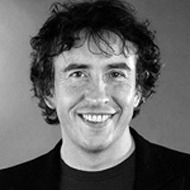 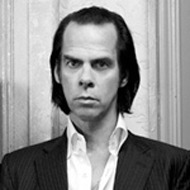 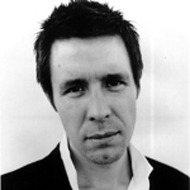 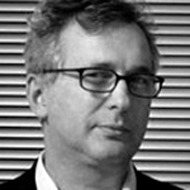 Barry Adamson played the bass in legendary post punk band Magazine and after their split in 1981, spent six years with Nick Cave and the Bad Seeds appearing on the albums From Her to Eternity, The Firstborn Is Dead, Kicking Against the Pricks, and Your Funeral, My Trial. After his stint in the band, he went solo, releasing an EP, The Man with the Golden Arm in 1988, and his first solo album, Moss Side Story, the following year, the soundtrack to a non-existent film noir.

Adamson’s second album was the soundtrack to the 1991 film Delusion. With admirers such as David Lynch, who employed Adamson to work on the soundtrack to Lost Highway, he has gone on to contribute to the soundtracks to Gas Food Lodging, Natural Born Killers, The Beach and many others. He most recently composed the soundtrack for Carol Morley’s Dreams of a Life. His debut film, Therapist, which he wrote, scored and directed, screened in Cincecity 2010.

Adamson’s third album, Soul Murder , was shortlisted for the Mercury Music Prize in 1992. He has built up an impressive body of cinematically-oriented solo work with albums Oedipus Schmoedipus, Stranger on the Sofa, Back to the Cat, As Above So Below and The King of Nothing Hill. His latest album released earlier this year is I Will Set You Free.

Brighton resident, actor and writer Steve Coogan launched his career providing voices for the satirical TV puppet show Spitting Image. He introduced his most famous character, Alan Partridge, to the nation on BBC Radio 4's On the Hour and was soon seen on TV in The Day Today. Following the success of spoof chat show, Knowing Me, Knowing You on radio, the show transferred to television to widespread acclaim. It was followed up with the hit series, I'm Alan Partridge.

Steve Coogan has appeared in numerous feature films including THE PAROLE OFFICER (2001) and 24 HOUR PARTY PEOPLE (2002). Coogan also starred in Michael Winterbottom’s A COCK AND BULL STORY (2005) - a deconstructed adaptation of Laurence Sterne's ‘unfilmable’ novel 'The Life And Opinions Of Tristram Shandy' - which was the opening night film of CINECITY in 2005.

The successful TV series THE TRIP, with co-star Rob Brydon, was edited into a feature film and premiered at the Toronto International Film Festival in 2010.

He has been a patron of CINECITY since 2004 when he curated a season of Berlin-set films for the 2nd edition of the festival. He has regularly taken part in Q&As after festival screenings and is a big fan of the Duke of York's Picturehouse - he has described it as "one of Britain's truly great independent cinemas, the jewel in the crown of Brighton." In 2012 he received a Doctor of Letters from the University of Brighton in recognition of his international standing in the arts and his patronage of CINECITY.

Actor and director Paddy Considine studied photography at the University of Brighton where he earned a first class honours degree. After graduating Paddy worked on a short film with old friend Shane Meadows, called Three Tears For Jimmy Prophet. Meadows went on to cast Considine in his first role in a feature film as the disturbed character, Morell in A Room For Romeo Brass (1999). He has gone on to appear in a great variety of films including The Bourne Ultimatum, My Summer of Love, In America, Hot Fuzz, 24 Hour Party People and Submarine. He starred in and co-wrote the Shane Meadows-directed Dead Man’s Shoes. His first short film as director, Dog Altogether, won a BAFTA in 2007 and his powerful feature debut, Tyrannosaur, won the 2012 Outstanding British Debut BAFTA.

Henry Normal was half of one of the most successful production companies in UK television, Baby Cow, founded with Steve Coogan in 1999. As well as being the home to various Coogan projects such as BBC2′s Saxondale, Baby Cow has attracted and nurtured some of the country’s brightest comedy talent such as Rob Brydon, Julia Davis, Johnny Vegas and the Mighty Boosh’s Julian Barratt and Noel Fielding. The company enjoyed its biggest hit to date with the award-winning sitcom Gavin and Stacey, written by and starring James Corden and Ruth Jones. Ruth Jones has commented that Normal has an “incredible mind for comedy. He sees how things should naturally go.” Baby Cow’s numerous other credits include Marion and Geoff, Human Remains, the Keith Barrett Show and feature, A Cock and Bull Story which opened the 2005 CINECITY The Brighton Film Festival.