Re-reading They: A Sequence of Unease by Kay Dick

Every year we’re delighted to have student reviewers from the University of Sussex come to the festival and give us there thoughts. You can find their pieces below.

The Power of The Dog – Jack Durrant 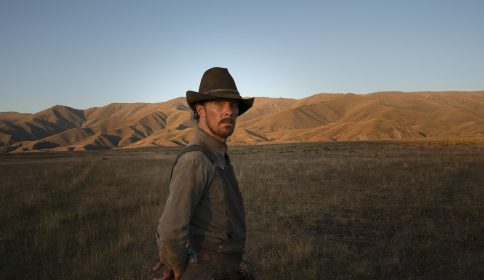 The last film that was directed by Jane Campion was made 12 years ago and since then she had considered retirement. That all changed after she read Thomas Savage’s 1967 book, The Power of the Dog. Cinephiles will be grateful for her choice because the finished product is a compelling drama that offers entertainment, reflection, and a fresh experience. Her adaptation transcends the conventional western by presenting a realistic depiction of normal people living in Montana in 1925. The archetypal gun-toting cowboy is not the all-American hero, instead, stereotypes and overused tropes are abandoned in order to capture the authentic essence of film itself: to passionately tell stories that explore the complexity of the human condition. How fragile and toxic can masculinity be? What does it mean to be an effeminate man in the west? How does Rose Gordon (Kirsten Dunst), a widowed mother, cope with being one of the few females to inhabit the vast and rugged terrain? The answers to these questions are provided by highlighting a section of the characters’ lives, traversing the narrative focus between the central figures. Their thoughts and feelings are not blatantly conveyed through on-the-nose dialogue but are inferred by their appearance and minute actions like when Peter Gordon (Kodi Smit-McPhee) repeatedly runs his fingers over a comb’s teeth when he is nervous.

It is perhaps the influence of Campion that gives this film its flare. A typically polarising director, Campion demonstrates her competency in film-making. As both writer and director, she does not simply submerge the audience in gritty drama but exposes genuinely comedic instances that do not feel forced or out of place. Humour is found in the universally experienced problems of ordinary people such as the awkward attempts that George Burbank (Jesse Plemons) makes of courting Rose or Phil Burbank’s reluctance to wash up for dinner. ‘I stink and I like it,’ he says, slumped in a barn and face painted with dirt.

Benedict Cumberbatch (cast as the callous cowboy protagonist Phil Burbank) has established himself as an illustrious component of British cinema, taking on the role of Stephen Hawking in Hawking (2004) and Sherlock Holmes in the BBC series Sherlock (2010-2017). His most recent ventures are the contributions he has made to the Marvel universe but in this subtly powerful film, Cumberbatch proves to be a phenomenal actor whose efforts have distinguished himself from previous roles. He is not Dr Strange or Alan Turing but Phil Burbank; the embodiment of the self-repressed male whose malicious taunts do not make spectators see him as a one-dimensional bully that we should hate but as a troubled individual that we should feel sympathy for.

After the gentle and considerate George Burbank (Jesse Plemons) marries Rose, she and her grown son move in with him and Phil. What propels this story is Phil’s cruel objection to this change and the ways in which he tries to drive them away. The film’s slow pace does not render this story a laborious effort but intrigues the audience to stop, think, and examine the details. Close-ups and extreme close-ups are used somewhat too frequently, however, it is a device often used with great intention; to establish a scene, to add mystery, or to direct your attention to elements that foreshadow the unexpected and harrowing twist ending. In contrast, an immersive feel is projected when we are suddenly presented with a wide shot of the western landscape, especially when accompanied by the chilling and atmospheric score by Jonny Greenwood. Best experienced in a cinema, The Power of the Dog is a refreshing, innovative story told with excellent acting and direction 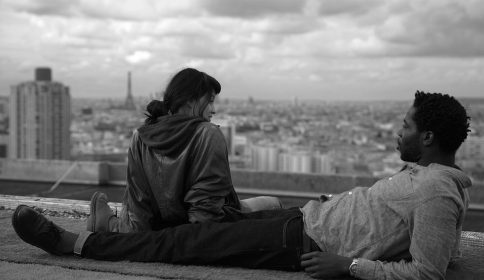 Spectators familiar with Celine Sciamma’s (co-writer) filmography will be able to identify her authorial signature embedded in the featured characters of Paris,13th District, a French drama wrought with sexuality and deadpan comedy. Sciamma’s characters are ones that eschew stereotypes by employing a more holistic approach to representation, and it is in this level of individual realism that audiences can access a feminist reading. Female empowerment can be found in the control the women in this film have over their sexuality and the lack of criticism that comes from anyone else. In one gratifying scene, one of the female protagonists takes an active role in a sexual encounter with a man to resolve an internal conflict. Asserting her confidence in the aftermath, she tells him, ‘we’ll never meet again.’

Empowerment in this film can be found in relation to body image as well. The only plus-sized character, an aspiring stand up comedian, does not make jokes associated with her weight. Further, in the entirety of her brief appearance, there is no reference to her physicality at all. So often in films are bigger bodies portrayed as tools to convey jokes about their size that entire tropes have been produced as a result, such as the ‘funny fat friend’ convention. The complete absence of this reference makes a refreshing statement about how one’s physical being is not the entirety of one’s identification.

From their ethnic background to their careers, a diverse set of characters lead the story. However, much like the black-and-white palette in which this film is presented, this goes largely unnoticed. Instead, audiences will find what they have in common more compelling, that is, their shameless attempt to constantly satisfy the desirous needs of their high sex drives. Camille Germain (Makita Samba) is a black academic working as a real estate agent who claims to ‘compensate for [his] professional frustration with intense sexual activity.’ Émilie Wong (Lucie Zhang) is a slobbish Taiwanese call centre operator whose bad choices – regrettably consuming MDMA and paying a stranger to visit her Alzheimer-afflicted grandmother in her place – are overlooked by the comedic nature of the film. The story revolves around their casual relationship, favouring what feels more like a combination of short stories merged into one than a single unified narrative.

One such story is the introduction of Nora Ligier (Noémie Merlant), a mature student whose life becomes troubled when she is mistaken for adult webcam performer, Amber Sweet (Jehnny Beth). The ensuing mishap leads to her taking on a job that acquaints her with Camille. Their relationship (along with Émilie) is one that produces a ménage à trois of jealousy – and sex. Nudity and sex are abundantly presented, however, viewers may find that the voyeuristic role that audiences are naturally supposed to play in watching these types of scenes are removed by the lack of a character’s desirous gaze. Indeed, the sex scenes are elaborately pornographic (just shy of presenting penetration), but their presence does not exist to appease the arousal of the audience. Its graphic effect is easily worn off by over-repetition. It is, therefore, unsurprising to learn that most of the actors, as brilliant as they were, are not particularly well-known in France, let alone globally.

Reminiscent of the French New Wave classic Jules et Jim, Paris, 13th District packs a lot in its 106 minutes, painting an effervescent picture of contemporary relationships in a playful and stylistic manner. 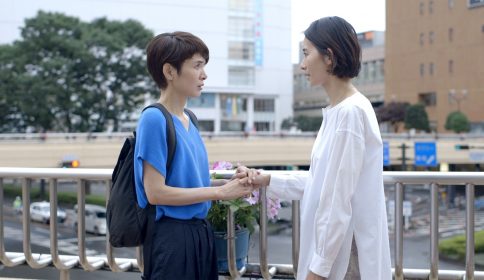 It is hard to captivate filmgoers for an entire 121 minutes with, for the most part, nothing but dialogue to entertain them, but this is what Ryusuke Hamaguchi has tried to do in writing and directing his Japanese feature Wheel of Fortune and Fantasy. The film is sectioned into three stories that integrate themes of love and coincidence under the guise of mistaken identity. It is not rare for film narratives that rely upon such simple misunderstandings associated with a strangers identity (Top Hat, for example) to be implausible and ridiculously simplistic but Wheel manages to effectively conquer these unfavourable traits.

Its effectiveness is due, in part, to the brevity of each story; none of which would qualify for a feature-length film of its own. The plot twists – in this case, the discovery of a character’s true identity – is about as exciting as this film gets. Audiences are subjected to what can best be described as three long conversations between a few normal people in a few normal places. Furthermore, Hamaguchi does not make much use of cinematic devices that produce compelling media. What separates film from other artistic mediums is its presentation of the audiovisual, however, painstakingly long static shots are favoured, and so spectators are forced to find some other way to maintain consciousness. It is perhaps, therefore, beneficial for non-Japanese speaking viewers to utilise the subtitles so as to give them something to focus on. Although given the dialogue-heavy narrative, viewers will spend much more of their time reading rather than watching, a task which can equally induce fatigue.

One notable bizarre narrative choice occurs in the third story. Apparently, in 2019, a computer virus forces all people to rely upon the postal service for communication. No attempt is made to explain this event other than a title card at the beginning. We must simply accept this fictional truth for what it is. In addition, this idea is not explored in any depth and has, effectively, no importance in relation to the narrative, so the necessity of its presence is very much questioned.

Despite the aforementioned criticism, the script is well written. The first story includes a taxi ride in which two women have a chat, the subject matter and delivery is one which we can believe in. They feel like real women talking about real situations, though this is also its downfall as this kind of reality can often lack the magical escapism that cinema can offer.

Lastly, Hamaguchi features a distinct characteristic of European art cinema; the lingering shot. This is when, despite the characters moving on from a scene, the camera remains focused on the place that has been left. It is almost as if the characters’ lives are just as important as the office building, the park, or the tube station. It does not progress the narrative but allows time for the audience to reflect on the events just depicted – and to await the next long conversation. Enjoyment can be found in these stories if viewed with a good break in between each story. Underwhelming in part, Wheel is probably best fit for the literary world.